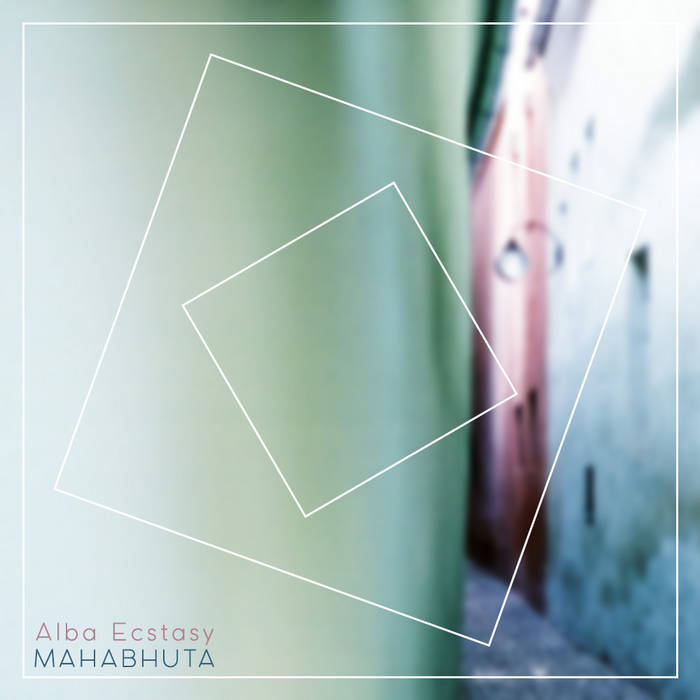 In every ancient philosophical system, in any metaphysical or esoteric system the elements were regarded as very important. Why? Because understanding their interplay could lead to the understanding of all the physical phenomena that manifest in our physical reality. Furthermore, through a very long and complex study and a discipline of oneself, the initiated can become a master of the elements (Each of the first five chakras, from bottom-up, controls one of the 5 elements) and thus he can become a master of his own life (The human being is made up of these elements, too).
The subject of the metaphysical elements is a reccuring theme in any form of art. The Romanian synthesist, Alba Ecstasy, could not miss it, either. Through his music he invites us to explore it and he offers us a way to tune our conscience to the level of understanding this delicate matter. For his album, “Mahabhuta”, he has chosen the Hindu system approach, that takes into account five elements: Ether, Air, Fire, Water and Earth. The album places the Ether on the first place, the Ether being considered a governor element. It is also the element closest to the conscience.

Most of the tunes are constructed around the pattern: drones from which rhythmic sequences emerge from time to time.
The album encompasses 6 tracks:
1. Abyss
A depiction of the source from which all the elements emerged.
It starts with sounds coming out from the deep. Moments later, out of the depths, something emerges/appears. A sequence performed in the background animates the landscape.
2. Erased moments
The tune gravitates between solemn resonant sounds repeated at ostinato and a sequence that only stimulates the ears of the listener in order to prepare him for the next tune. I would have expected that the author would develop the solemn theme, but the listener's mind continues to develop it by itself, anyway...
3. Mahabhuta part 1
The beginning of the track is in some way similar to the concrete music, but the sounds are synthesized. The sounds are twisted and metamorphosized by the author and they subtly become sounds of steps to lead us somewhere (In the depths of our consciousness?)
The beginning takes us in Alpha state and, from time to time, the track jumps into Theta state. After almost 20 minutes the listener is in a state close to the sleep (theta). The sound of rain emphasizes this state and these sampled sounds become like a caress in this very relaxed state. On the ocean something distinguishable appears. A sweet short improvisation... and then... a sublime sequence in Berlin-School style! For me it seems that it represents the rhythm of life that emerges over the matter. The sequence's sounds (coming from Roland Aira) with analogue-like flavour are reminiscent of late '80 - early '90 electronic music tunes and somehow nostalgic. The tune ends symmetrically with sampled sounds in the first plane. It seems that the author has mastered the art of using sounds, be them synthesized or sampled, to help the listener to achieve deeper states of consciousness.
4. The Tree
The tune starts with a synthesized sound that imitates the wind. The image of a tree in the wind in the autumn appears before my eyes.
5. Mahabhuta part 2
The track is almost a low-frequency drone (theta). You'll feel like in a Sci-Fi movie!
6. The Whisperer
After the intro an entraining BS sequence appears. It may have the role of bringing the listener from the deep states previously created to the present moment of space and time. Also, it looks like this special rhythm clears somehow the mind.
I recommend this album to those who are looking for for subtle forms of arts!


With this album, Alba Ecstasy explore the experimental sound, touching a little bit the universe of drone music.
Please enjoy and rate this album!
More to come!

Kontinuum Productions is a Romanian label that promotes musicians from around the world, in genres as: ambient, chill out, lounge, Berlin School, space music, new age.

Bandcamp Daily  your guide to the world of Bandcamp