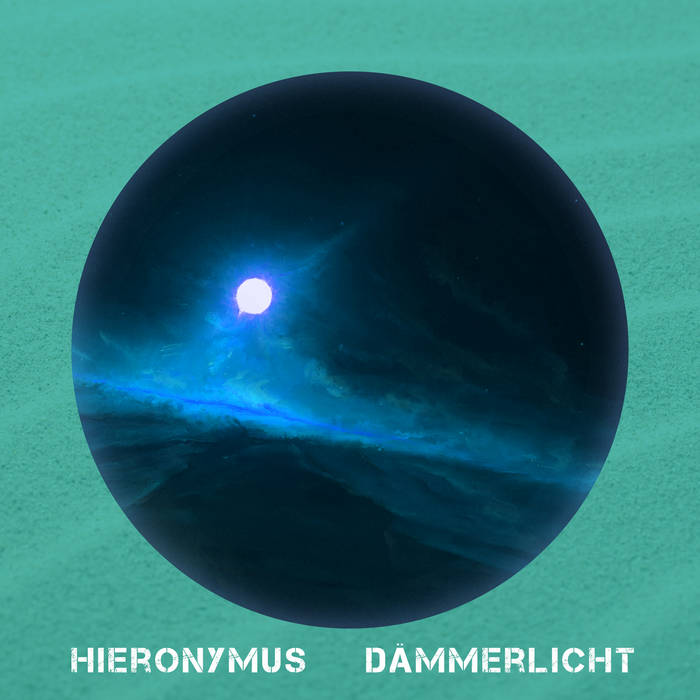 This is a project I wanted to start in 2012 under this alias but only now I decided to make it public, with the original name project, to keep the flavor of the original idea. I hope you’ll enjoy it!

(Minimalist Roumanian School with a zest of light Electronica)
The music! The colors of sounds and the forms of tones! In the hands of a sculptor-musician these sounds and these tones become notes which ring and flutter, describing bows and sound spirographs which bewitch, otherwise create a certain dependence.
Mihail Adrian Simion, or if you prefer better Alba Ecstasy, is a whole phenomenon. I approach his albums with a bit of suspicion, asking me every time if that is going to be good. Is it possible to create some good music while composing it at a level of industrial way? I don't count his albums anymore that he has sent me recently in a package of 5. “Dämmerlicht” is an album designed for another project, Hieronymus, whom Alba Ecstasy has tempted to set up at the beginning of 2012. This short album proposes 3 suites to “Dämmerlicht” and plunges the listener into the minimalist jewels of Indra's works, the Klaus Schulze of Roumania, but into an approach which favors as much the musing than the soft and hypnotic EDM.
Ringings of bells and two lines of sequences which intertwine their pace and skip briskly in tones of bass and of crystal open the delicately jerky rhythm of "Dämmerlicht Part I". The movement is hypnotic and offers nuances in the routes of the sequences which sometimes draw stroboscopic shapes and sometimes forge mislaid harmonies of which the airs crystallize their charms with the ringings of the bells. The mixture of the echos of both tones whistles for an azure wind while the shadows of sequences force this herd of keys to agglutinate in a compact mass from where gets out a bass line and so gives more heat to the very moired approach of "Dämmerlicht Part I". The movement accelerates substantially with the arrived of the percussions of which the beatings shake the shadows of the jumping keys and the light bangings of metal, giving an unsuspected sound wealth to a minimalist approach which gives itself the time to deploy its factory of charms. I really enjoyed this "Dämmerlicht Part I". That reminds to me the best of Indra! "Dämmerlicht Part II" begins with a storm of winds and growls which seem to shake the chains of time. Some nice orchestrations nest on this meshing of sibylline elements while the sequences, always so crystal clear, get organized as in "Dämmerlicht Part I" to ring in a melodious approach. A line of heavy, resonant and lively bass as well as some sober percussions structure a kind of astral funk which serves as support for a synth rather jazzy. It's quite different but it listens to rather well. "Dämmerlicht Part III" is also rather different with an approach more in the kind of morphic mid-tempo. Sequences always skip by drawing arches of melodies while the pulsations and the percussions forge a steady rhythm but rather out of sync in front of the harmonious skipping of sequences. The 2nd part is livelier.
We would never know what was the future of Hieronymus! Of what I understand, Alba Ecstasy tried to breathe movements of dance into an EM always very hypnotic. At this level “Dämmerlicht” offers 3 suites which complement each other well with a beautiful transition between the moods and the rhythms which aims to be more accentuated as we go to parts 2 and 3. But for me, "Dämmerlicht Part I" is a wonderful piece of music which makes shade to the growth and the direction of the beats of its following parts.

Kontinuum Productions is a Romanian label that promotes musicians from around the world, in genres as: ambient, chill out, lounge, Berlin School, space music, new age.

Bandcamp Daily  your guide to the world of Bandcamp